“It was a wild place, untouched, above all untouched, with an alien, disturbing secret loveliness. And it kept its secret. I’d find myself thinking, what I see is nothing – I want what it hides.” Jean Rhys

Crawl Me Blood is inspired by the work of Jean Rhys whose book ‘Wide Sargasso Sea’ expounds the landscape and complex race relations of the post-colonial Caribbean.

A live art and sound installation, the work explores paradise, home, dislocation and decolonisation, combining fictional and documentary worlds created with women from Australia and the Caribbean.

Crawl Me Blood is in development with ABC Radio National, Aphids and Vitalstatistix; it is intended for a botanical garden setting, with the audience experiencing the work through live radio broadcast and site-specific performance, developed cumulatively with local collaborators for each presentation.

An experience rich with sound and image, which evokes the whisper of unspoken secrets and the unsettling of exoticism, Crawl Me Blood takes its name from a saying ‘what crawls your blood’, a Belizean Kriol phrase akin to saying ‘it gave me the shivers’.

Halcyon Macleod is a Tasmanian-based writer, theatre-maker and director. She was co-director of acclaimed performance company My Darling Patricia, whose works were presented by major venues and festivals including the Sydney Festival, Malthouse Theatre, Sydney Theatre Company, Arts House, Performance Space and Vitalstatistix. The company’s production The Piper won Best Presentation for Children at the 2015 Sydney Theatre Awards. Halcyon was the writer for Arena Theatre’s House of Dreaming (Melbourne Festival 2012, Perth Festival 2013) and travelled to Canada in 2013 as part of a cultural leadership grant, working with artists in Vancouver, Montreal and Toronto. In 2014 Halcyon was the writer of three new works: MDP’s The Piper (Sydney Festival) and Mantle (Campbelltown Arts Centre) and a new interdisciplinary work with Alice Osborne Falling (Performance Space).

Willoh S. Weiland is an artist, writer, curator and Artistic Director of Aphids, Victoria. She recently completed the third in her trilogy of works investigating the relationship between art and space, with the launch into space of 21st century digital ‘golden record’ Forever Now at MOFO 2015. Other Aphids works have included Thrashing Without Looking, a live-cinema and performance work experienced through virtual reality goggles; Computer Boy, a contemporary performance work commissioned for Performance Space, Sydney; Fever Beach and Exile, interactive digital artworks for the iPhone and iPad; and Atelier Edens, a research project investigating the creation of cross art-form works in remote areas. 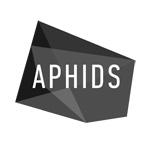 Crawl Me Blood was in development with Vitalstatistix in 2016.