Produced by Performing Lines
Presented by Adelaide Festival and Vitalstatistix

In an astonishing feat of endurance performance and live cinema, a performer repeats a single scene inspired by the 1977 John Cassavetes film Opening Night. 100 times over a 24-hour period, she performs over and over a scene between a man and a woman in a relationship that has lost its romance and vitality. Starring opposite her are 100 different men drawn from the South Australian community.

A female and non-binary team capture, direct and mix each scene live from five simultaneously recording cameras, highlighting minute details of expression and variations in performance, while the gendered conventions of emotionality and intimacy are writ large in a compelling spectacle.

Nat Randall and Anna Breckon’s The Second Woman is a cult hit, not to be missed. Whether you choose to stay for an hour or a day, the accumulative impact of this work of performance and cinematic art will be deeply etched in your mind.

“One of the finest examples of independent Australian theatre in years.” ★★★★★ – The Guardian

Anna Breckon is an independent filmmaker, editor, and critic based in Sydney. Anna has a research based PhD in queer and feminist film theory from the University of Sydney. She has worked as a director, editor, and colourist for projects presented at The Museum of Contemporary Art, Performance Space and Dark Mofo. Anna has published on John Waters and Todd Solondz and is currently writing a manuscript on the queer politics of happiness. 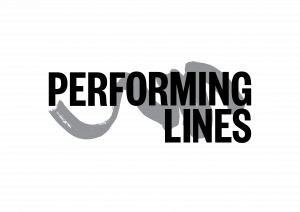